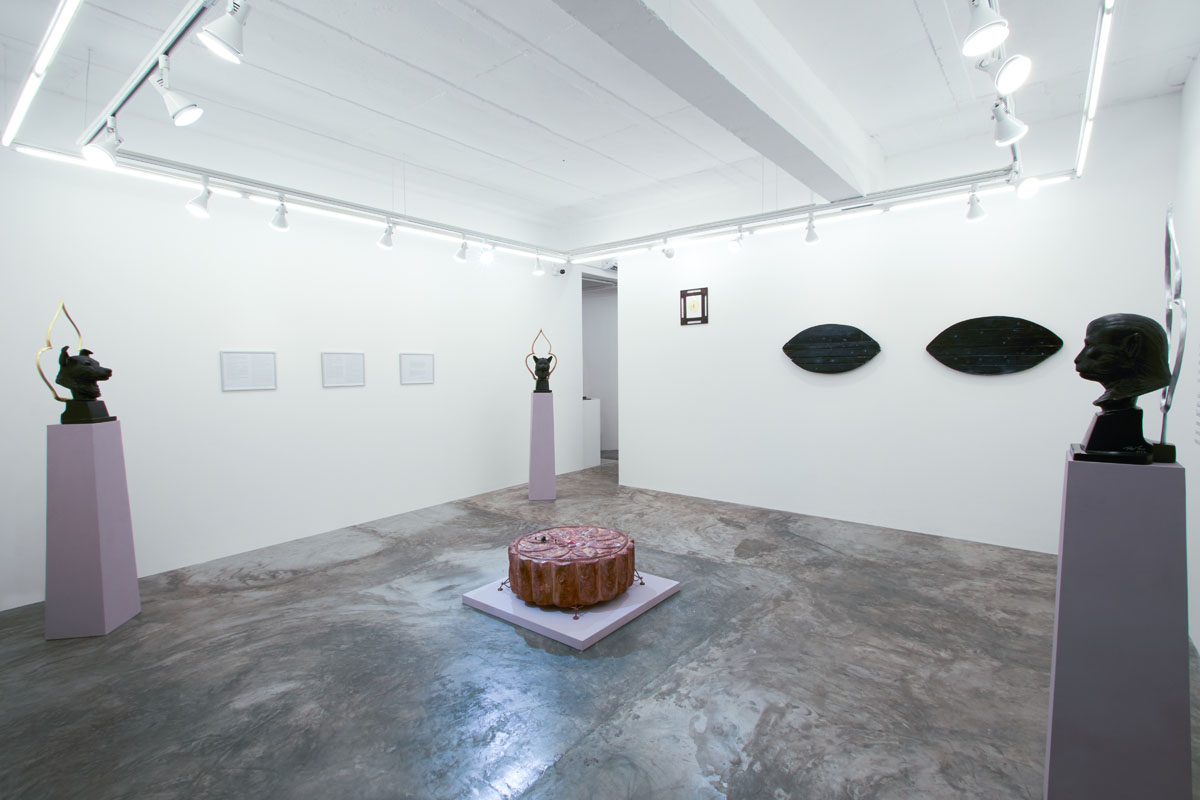 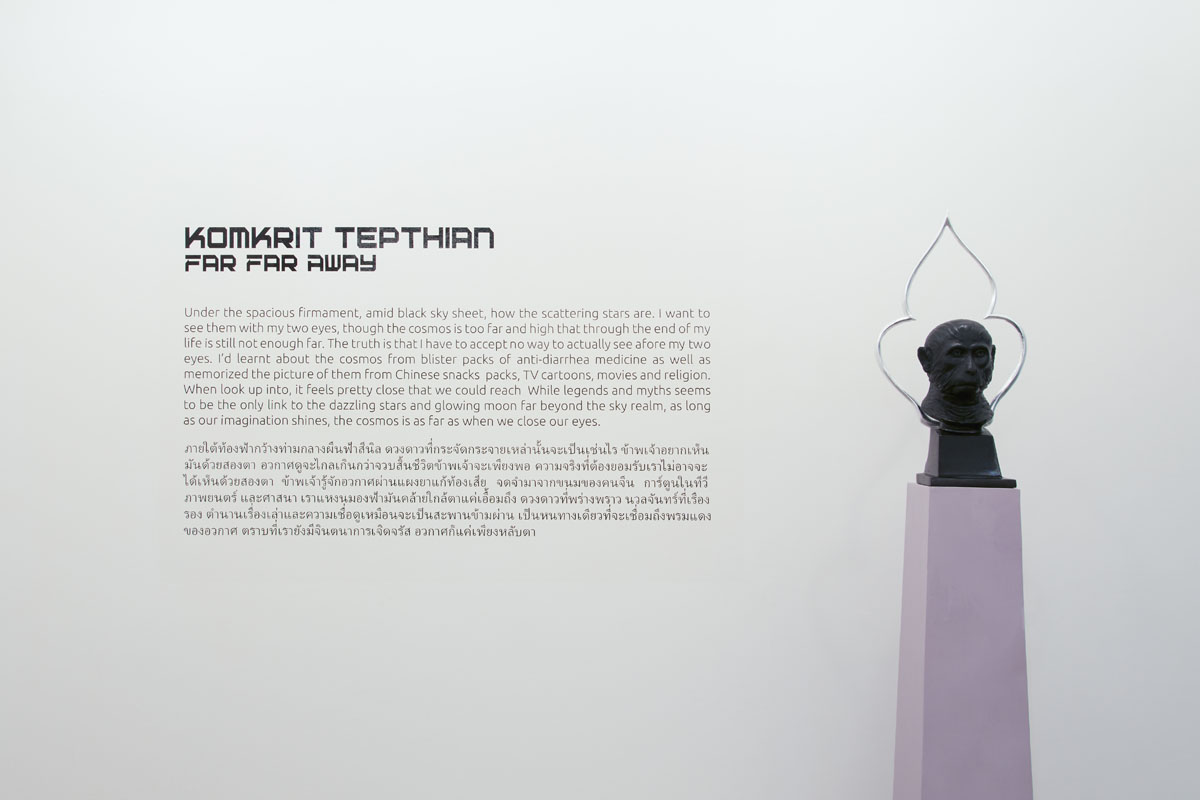 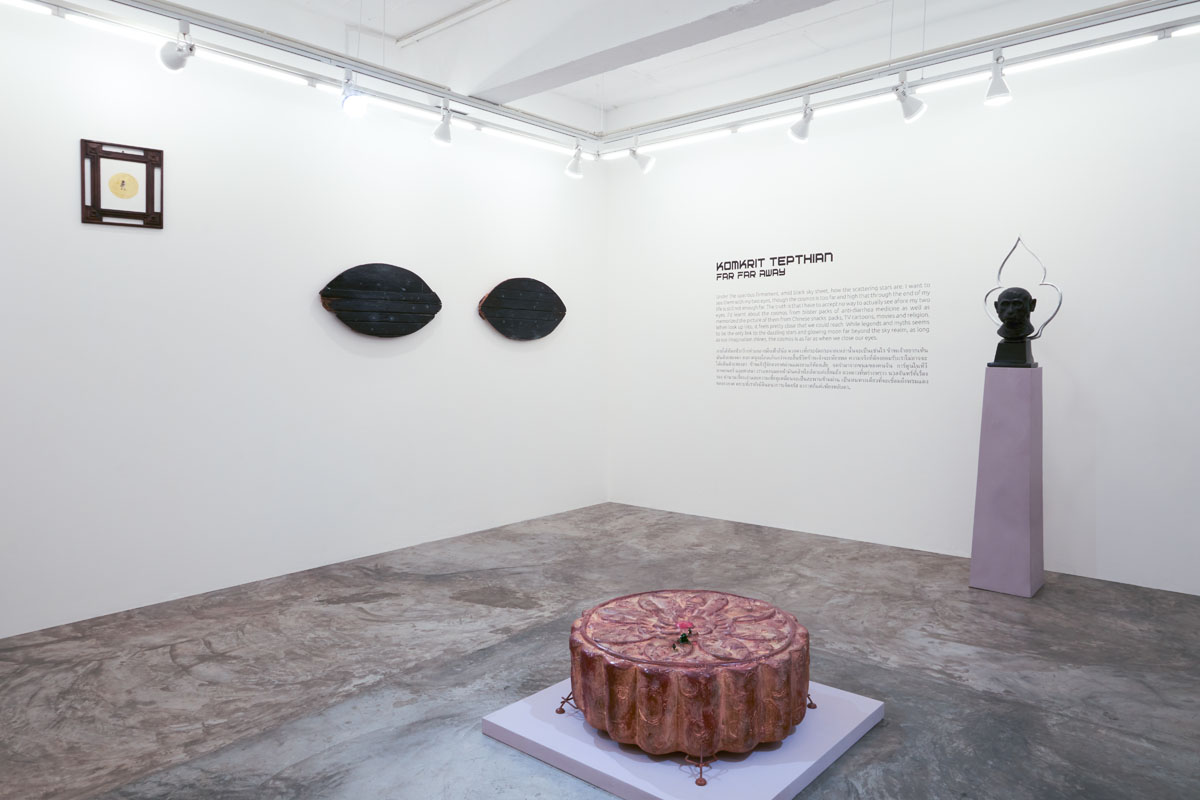 In Far Far Away, the works come together as a testament to the cosmos and its relation to the human condition. Early models of the cosmos placed human kind at the centre and claimed that we are the nexus of all existence, and we, the purpose for everything. In the mid-16th century, a different hypothesis emerged to explain the motions of the heavens and by the 19th century, the Earth-centred conception of the universe was dispelled. Humans were ‘decommissioned’ from the leading role at comic centre stage and along with it, human pride. Over centuries, scientific fascination was coupled with spiritual, religious, philosophical and moral discourse, and the cosmos became a preoccupation with social and cultural observers, including artists. In fact, Vincent Van Gogh was inspired by the identification of the spiral arms of the Whirlpool galaxy by Irish astronomer Willam Parsons in 1845.

The works in this exhibition are regarded as informational objects that invite a rethinking of how we see the cosmos, suspending the viewer between observation and knowledge. Informed by pop-culture visuals, contemporary media circulation, historical and religious narratives, Tepthian’s new body of works aims to politicise the proliferation and distribution of images and introduce critical reflection. Humans ‘see’ the vast cosmos with instruments of limited capabilities and learn about it from scientific texts that undergo constant re-positioning. In that sense, do we truly understand? What are the cultural and moral implications of this human endeavour? This series of works remind viewers of this conundrum.

Viewers are ‘re-introduced’ to subjects and events that are intertwined with the historical advancements of man’s triumph over the cosmos. Tepthian references Isaac Newton’s discovery of gravity that subsequently led to the three basic laws of motion, and laid the foundation of our current understanding of physics and the Universe. In addition, he reimagines the first lunar landing of Neil Armstrong via a sense of levity and cultural juxtaposition of Chinese mythology. In a gesture of commemoration, Tephian presents three resin bust of the first animals of their species to launch into space; Felicette the first cat in space, Laika the first animal to orbit earth, and Albert the first primate astronaut who died of suffocation during the flight. There is a sense of veneration towards the animals as they are seemingly depicted with a mandorla encircling each individual animal bust. A gold mandorla is symbolically awarded to Laika for being the first animal to successfully obit earth the in legendary Russian satellite, Sputnik 2. 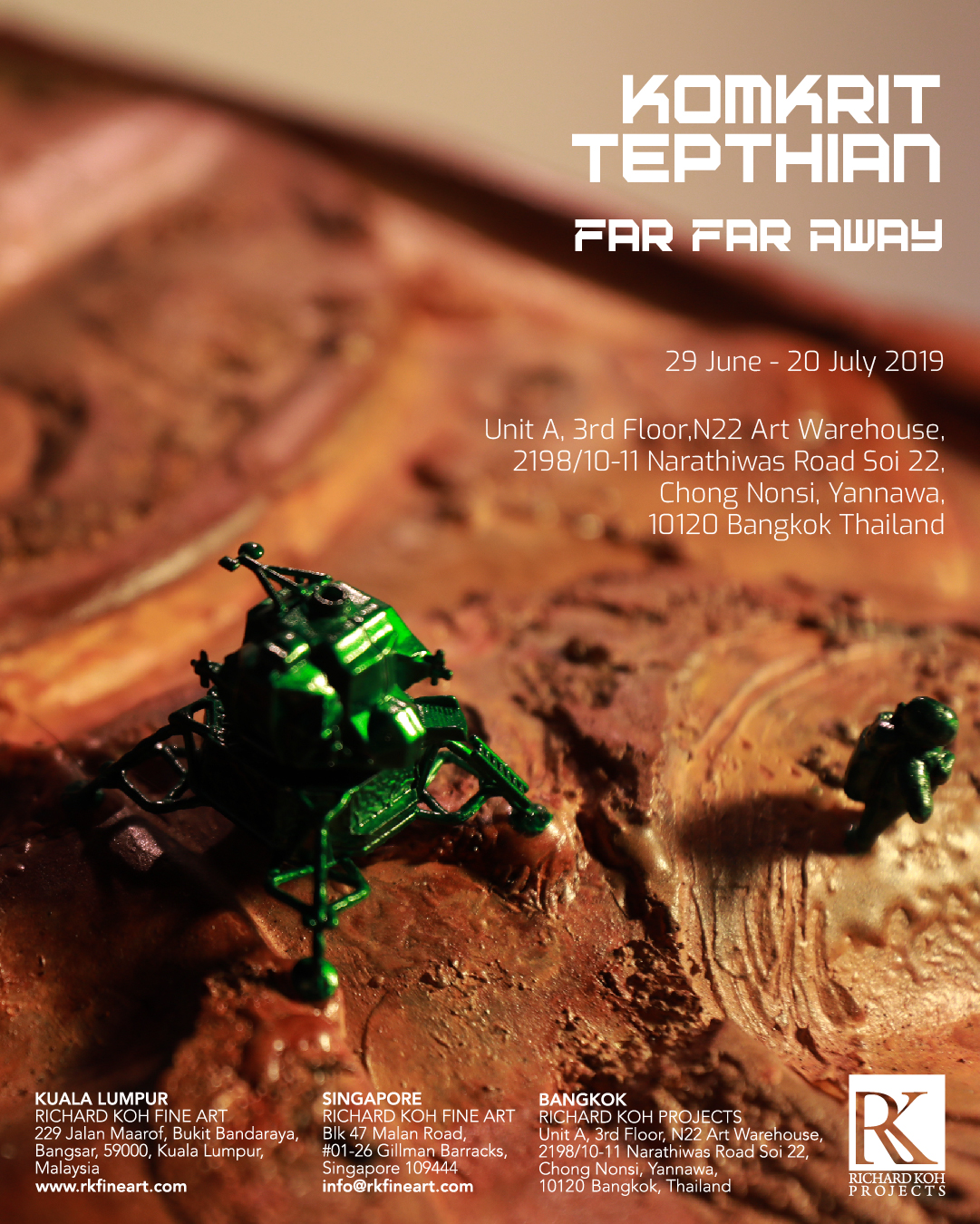 Space Travel on the Back of a Dragon

Space Travel on the Back of a Dragon 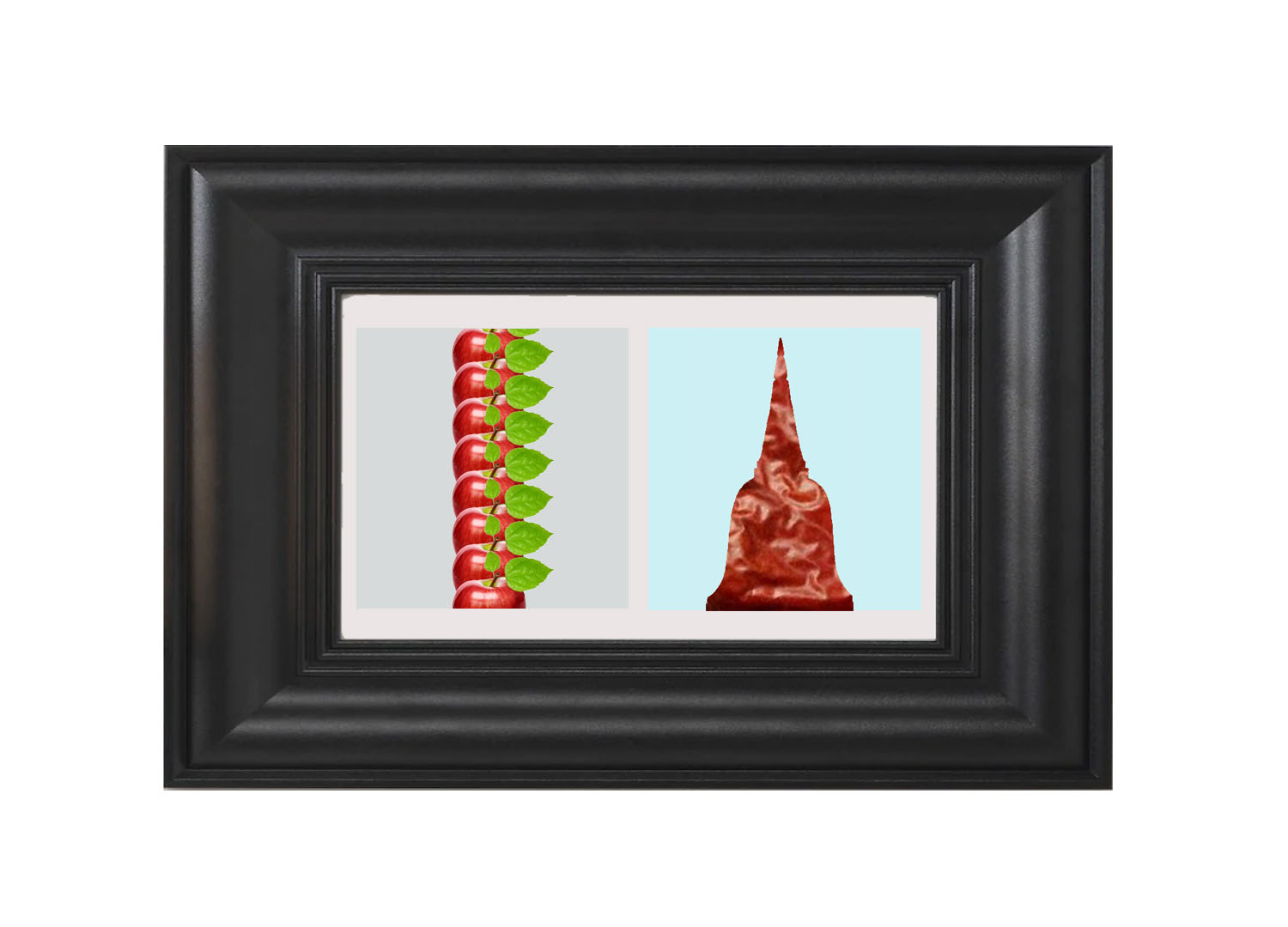 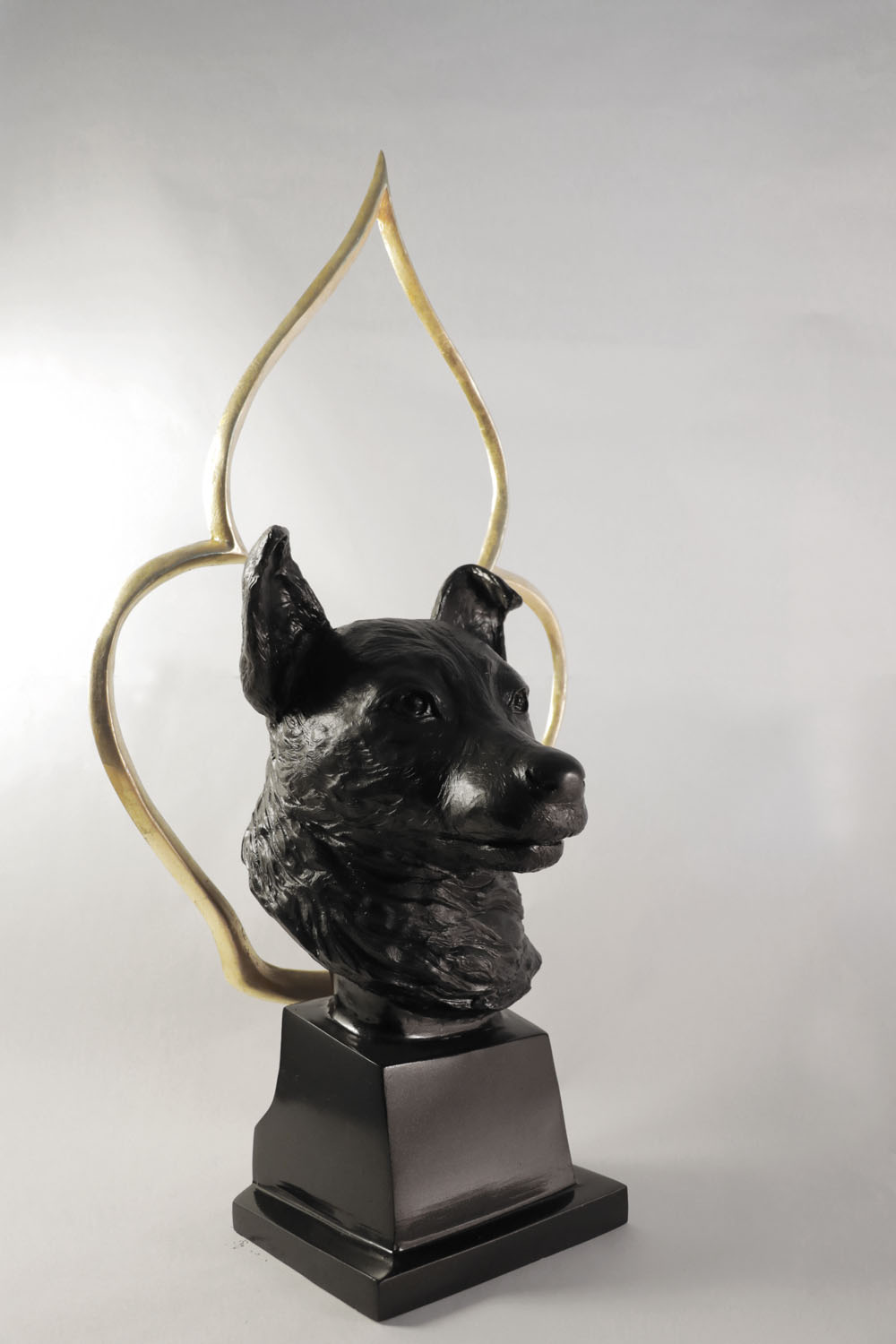 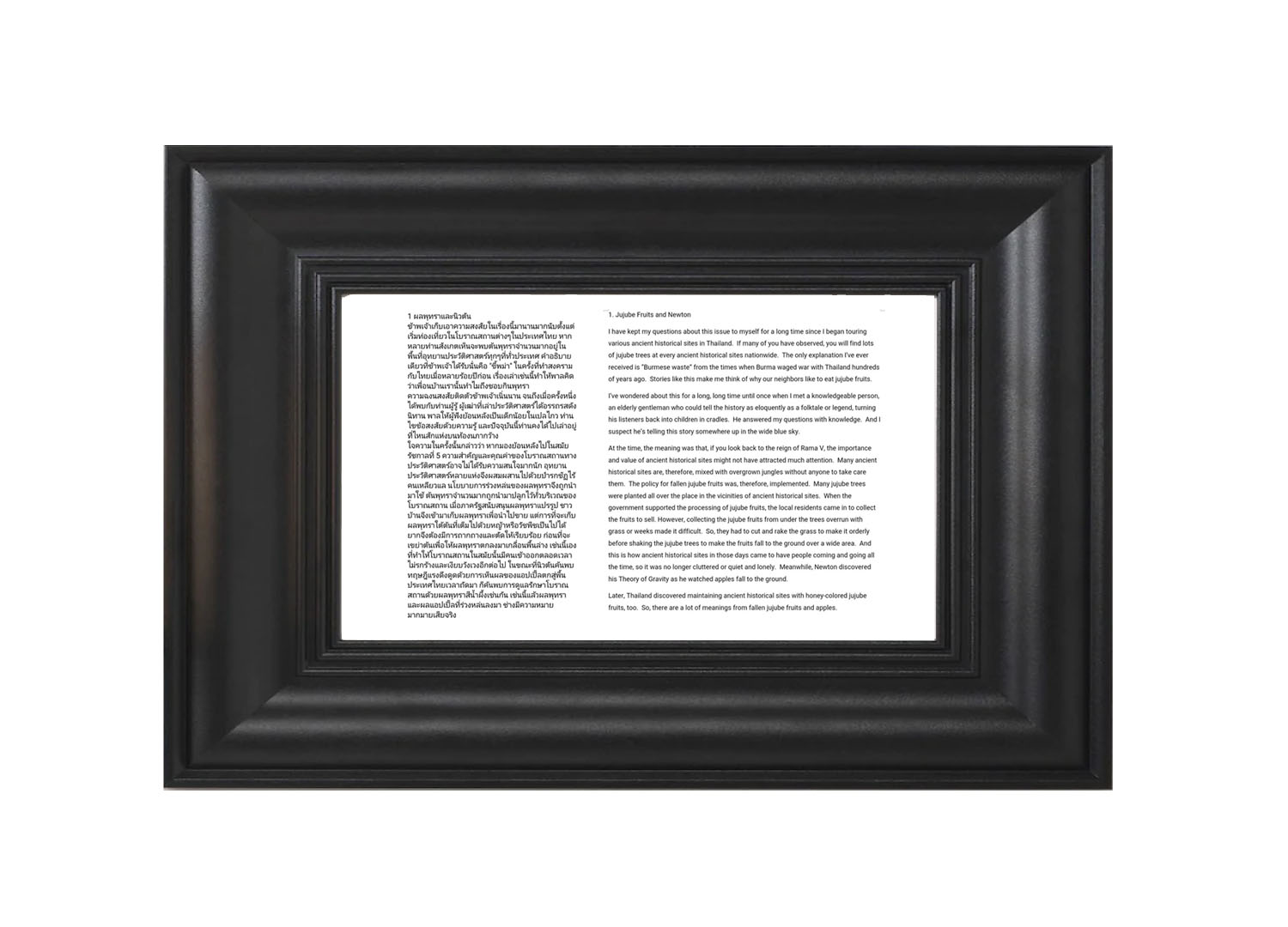 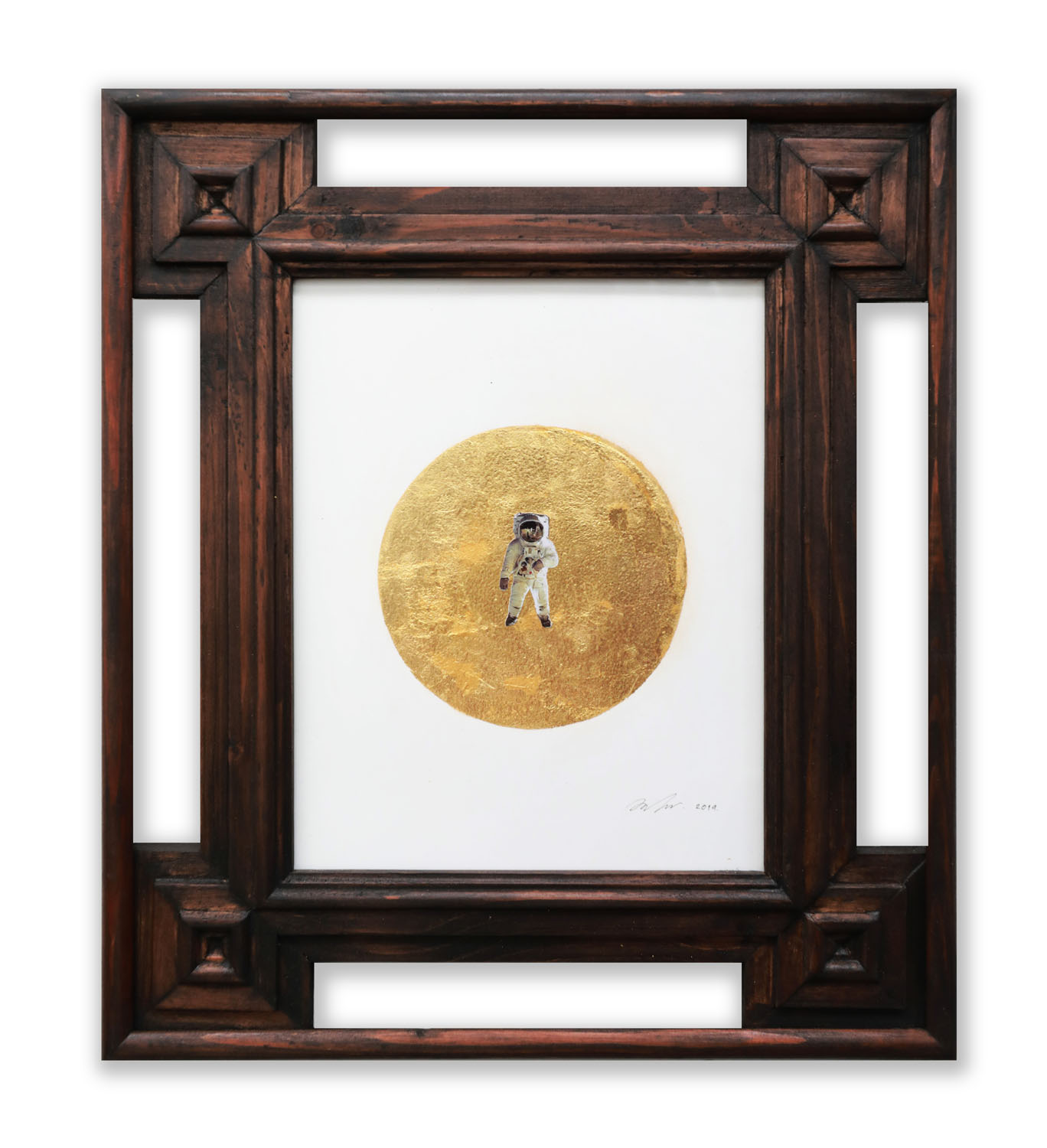 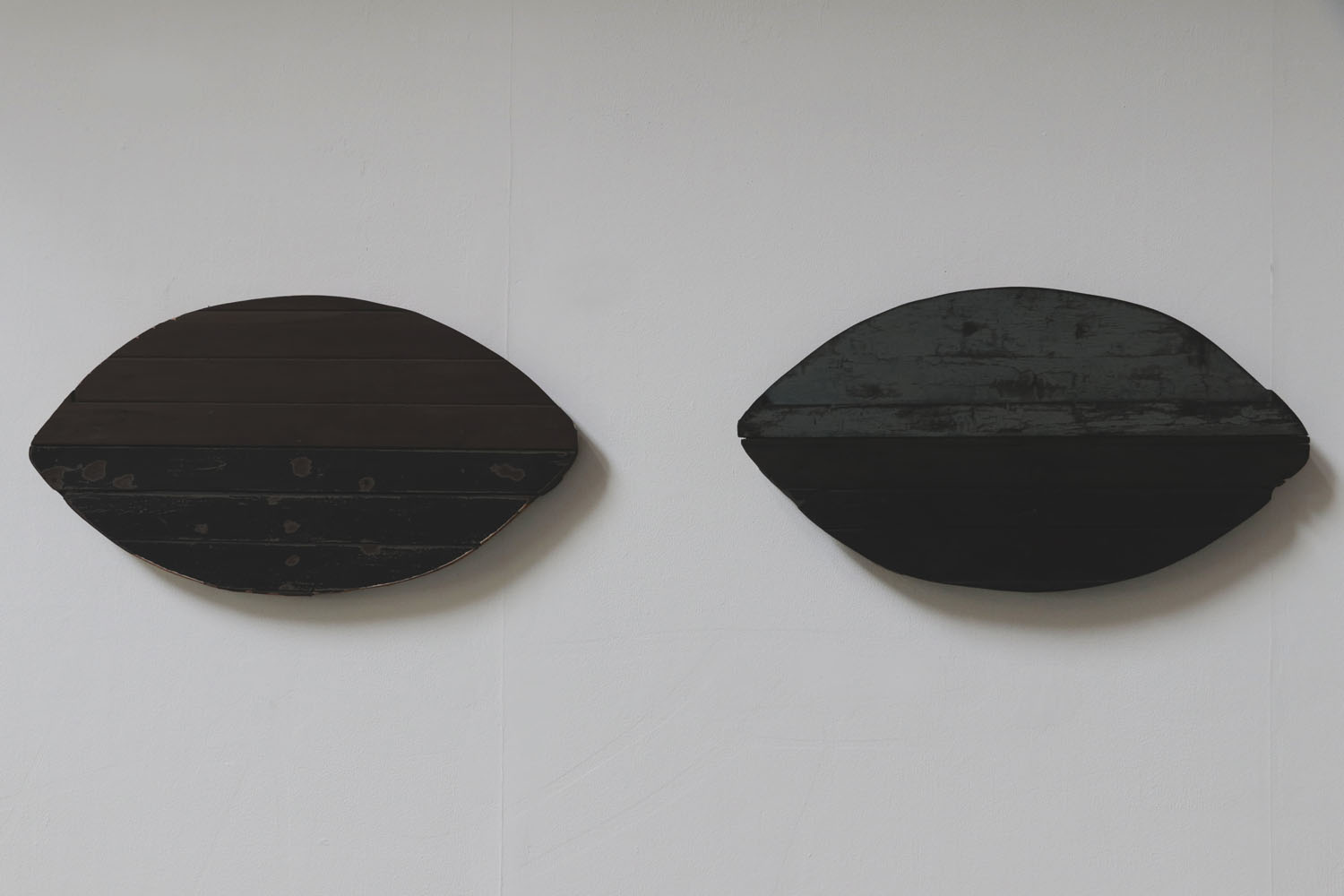 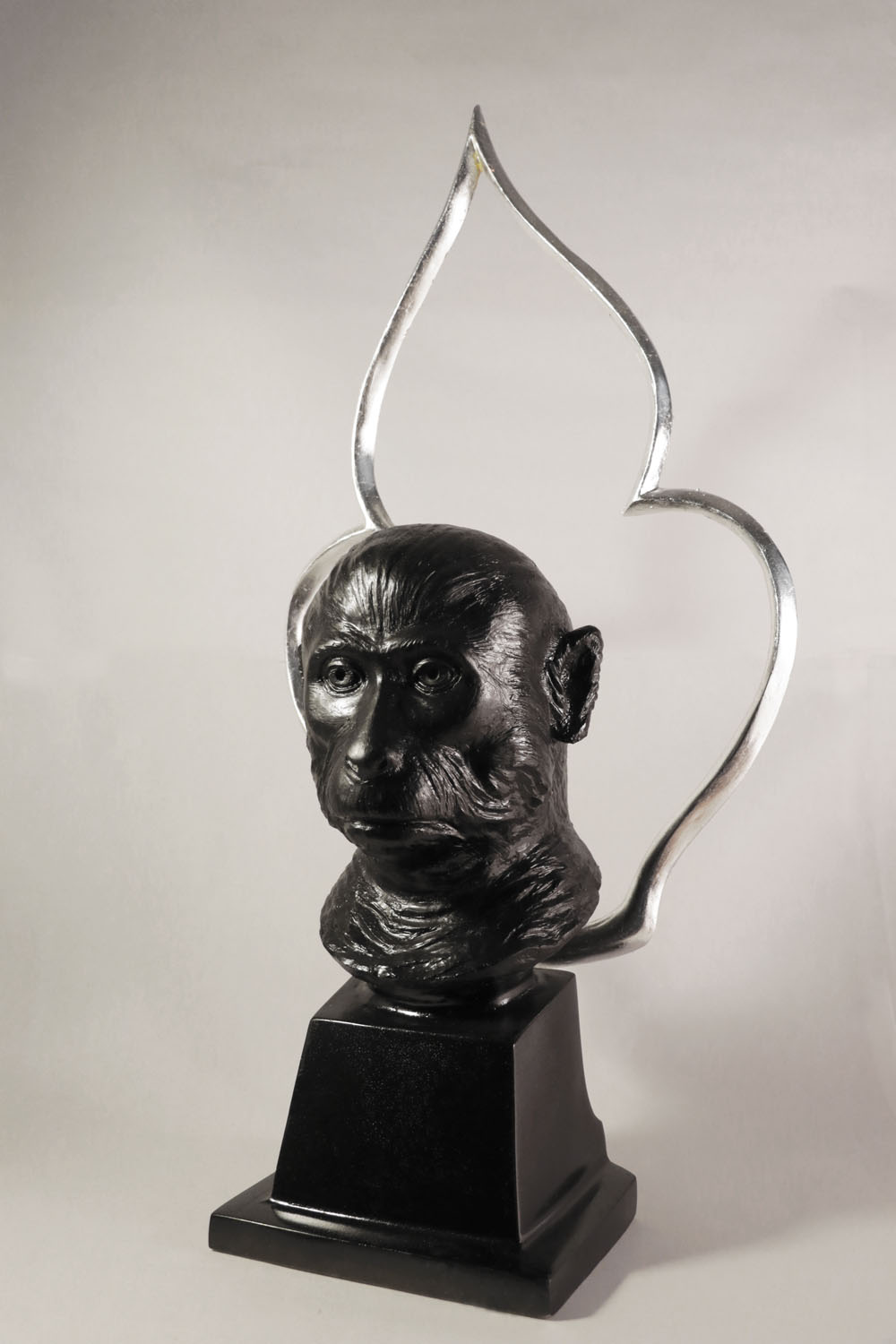 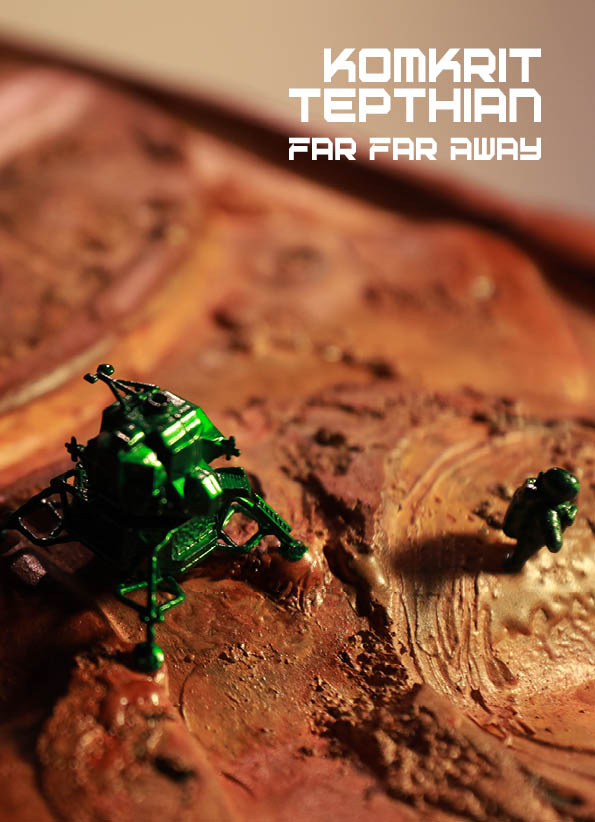