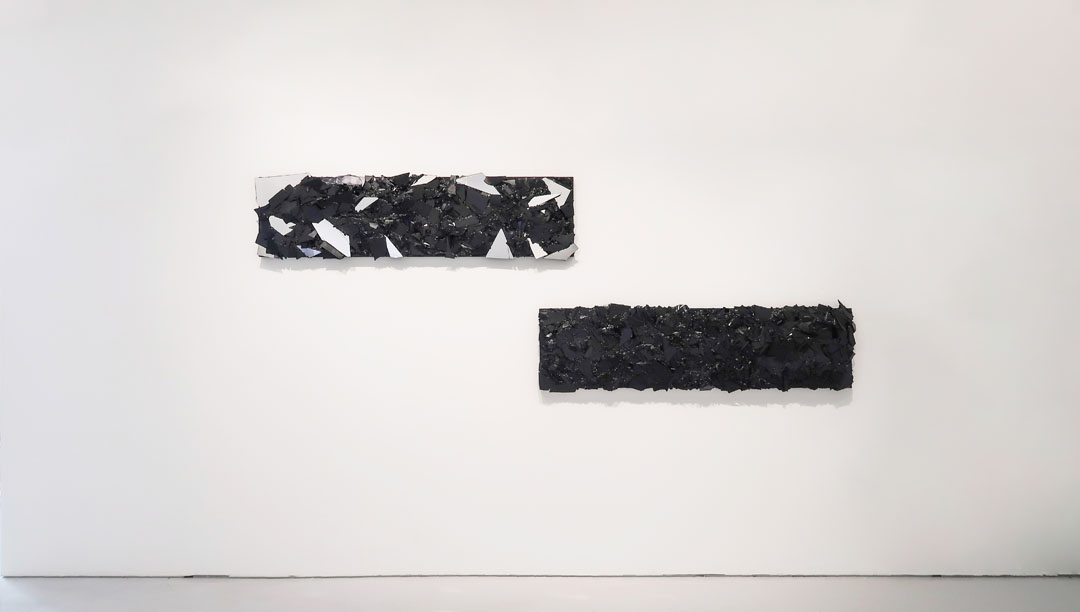 Our pains remain buried under guises of an alternate productive life. Although we bypass stakes of obvious physical injury, urban living has equally raised the stakes of traumatic, nervous energy and inner blows. This is something we are still coming to terms particularly in the domain of mental well-being and emotional repercussions. In Odelia Tang’s debut solo exhibition Waiting for the Other Shoe, the artist explores depths and facets of pain negotiation with an eye and feel for discerning textures. Shards of sharp glass and other pain-inducing objects careen surfaces to enforce the many methods in which pain can be transmitted: hurled, brandished and maligned. Sheens of black are explored in velvet, tulle and pitch. Beneath the tempers of suggested pain, Tang’s work beckons the viewer to also question its impenetrability. Is pain truly the symbol of harmful, direct consequence we often associate it with, or are we simply looking past the greater stakes it holds for us?

Odelia Tang (b. 1993, Singapore) is a visual artist. Tang’s art practice negotiates a variety of thematic concerns including pain negotiation, the unconscious, identity, and the abyss through installation, painting and drawing. Tang considers pain a universal language that haunts the mind and body long after the disappearance of wounds, and seeks to articulate concepts of it into material forms in order to liberate herself and the viewer of them. 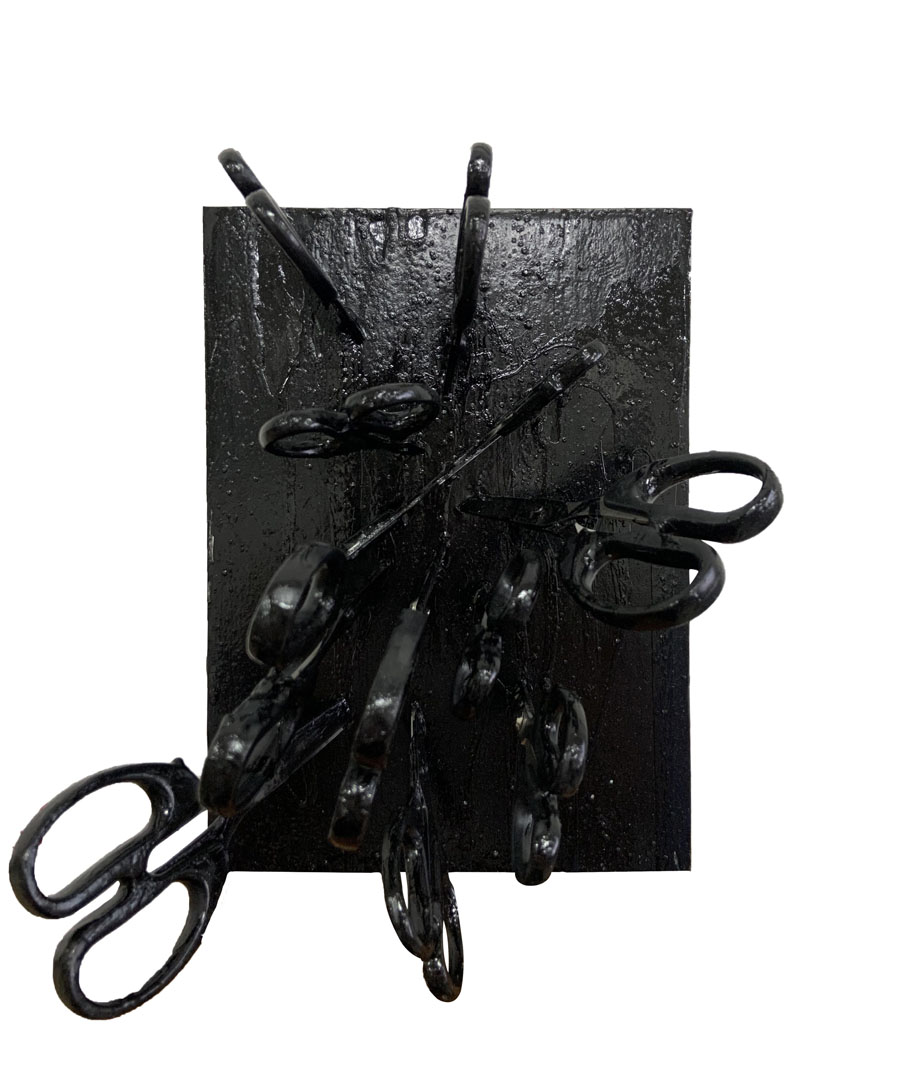 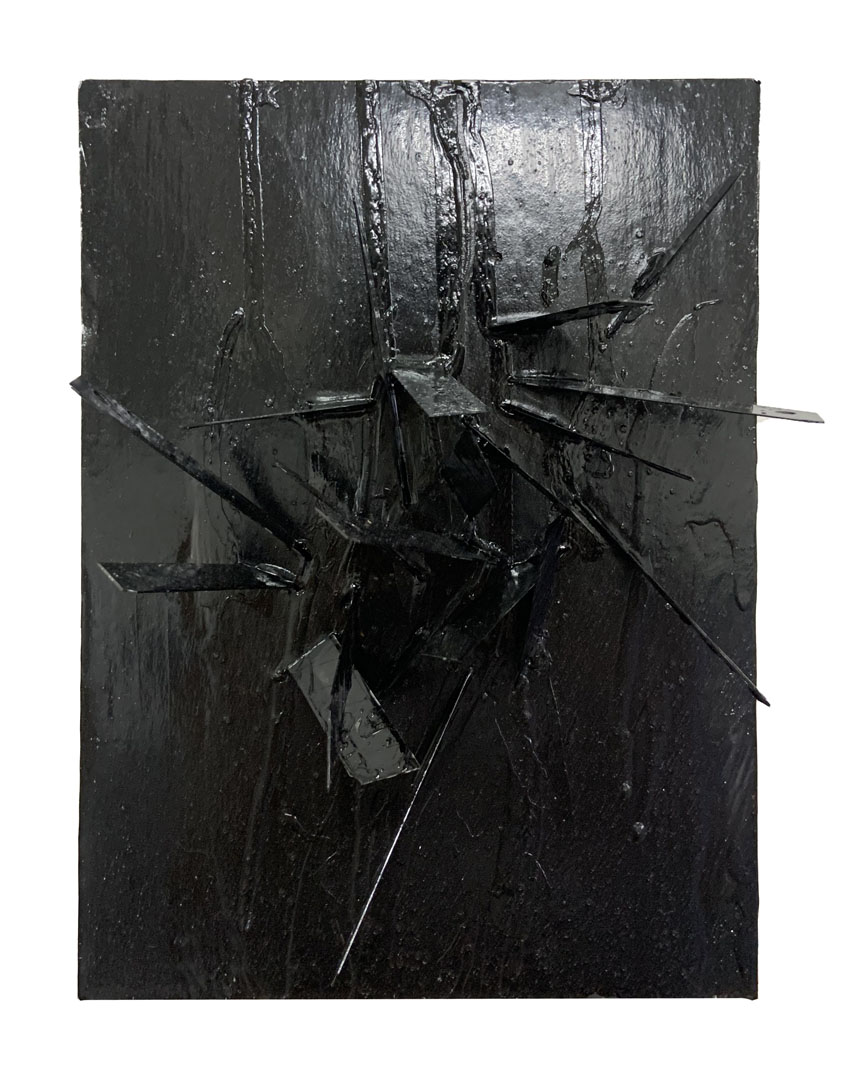 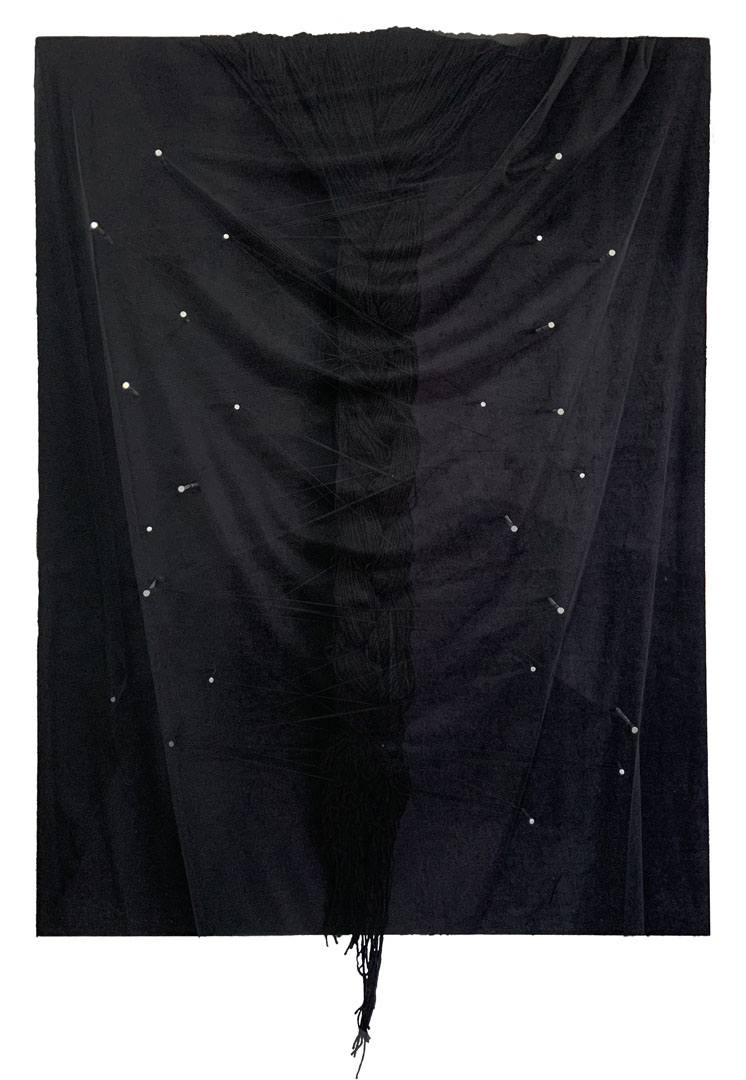 I Am The Reason I Kill Myself

I Am The Reason I Kill Myself 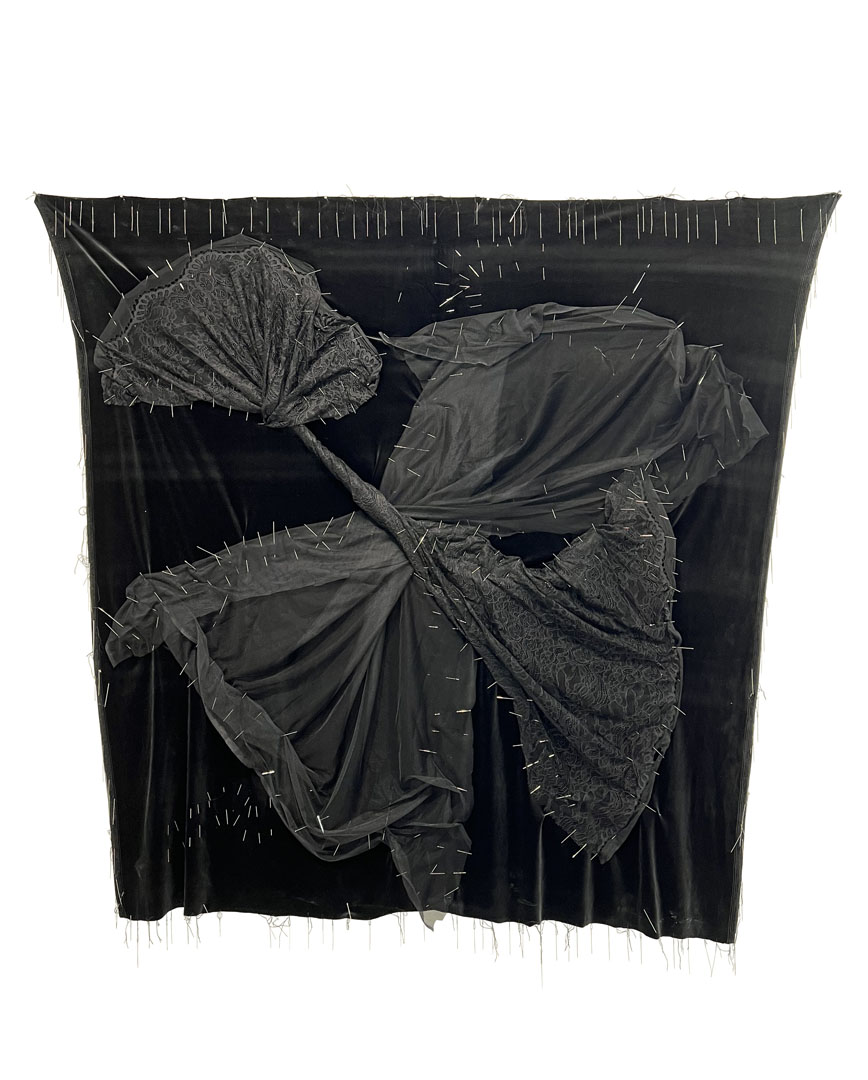 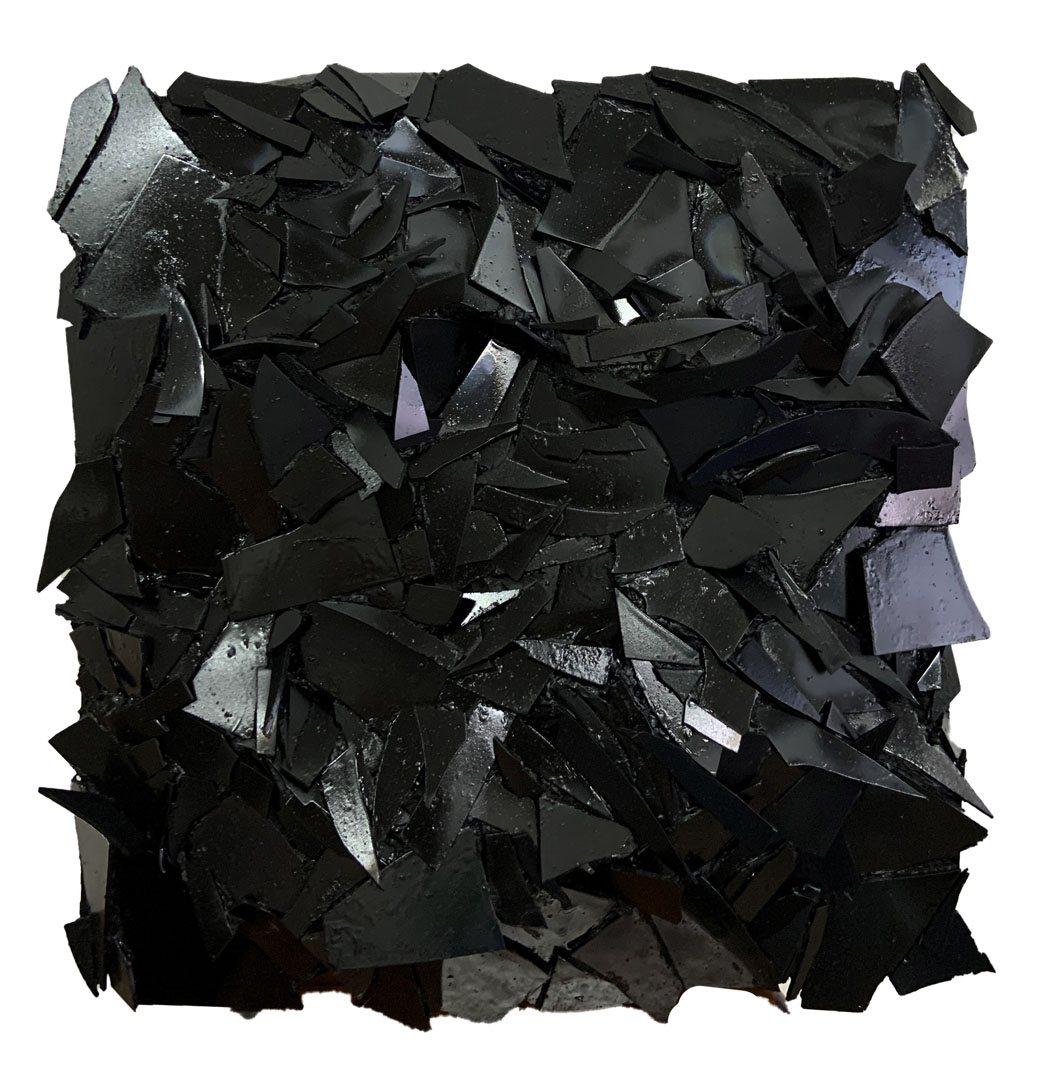 Here Is Where I Lost 1

Here Is Where I Lost 1 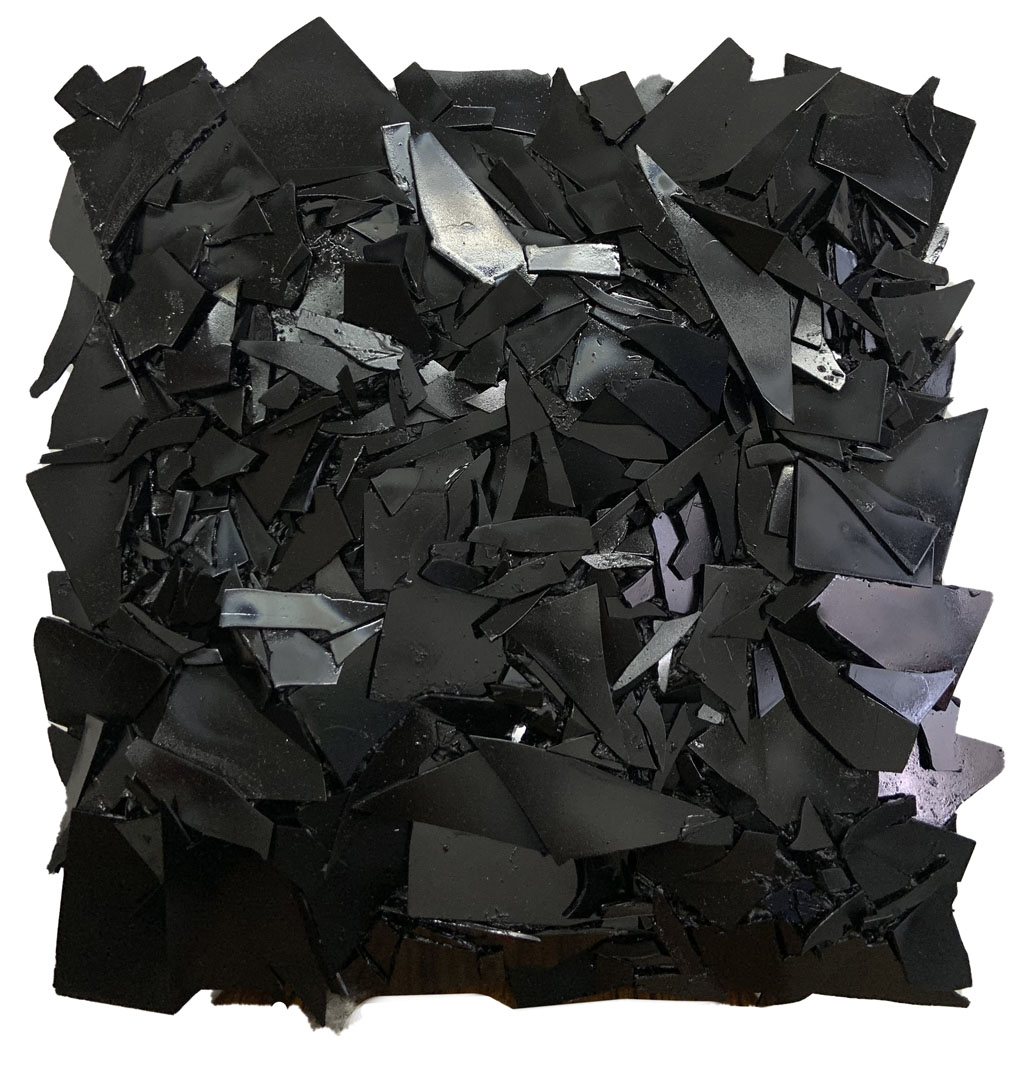 Here Is Where I Lost 2

Here Is Where I Lost 2

Here Is Where I Lost 3

Here Is Where I Lost 3 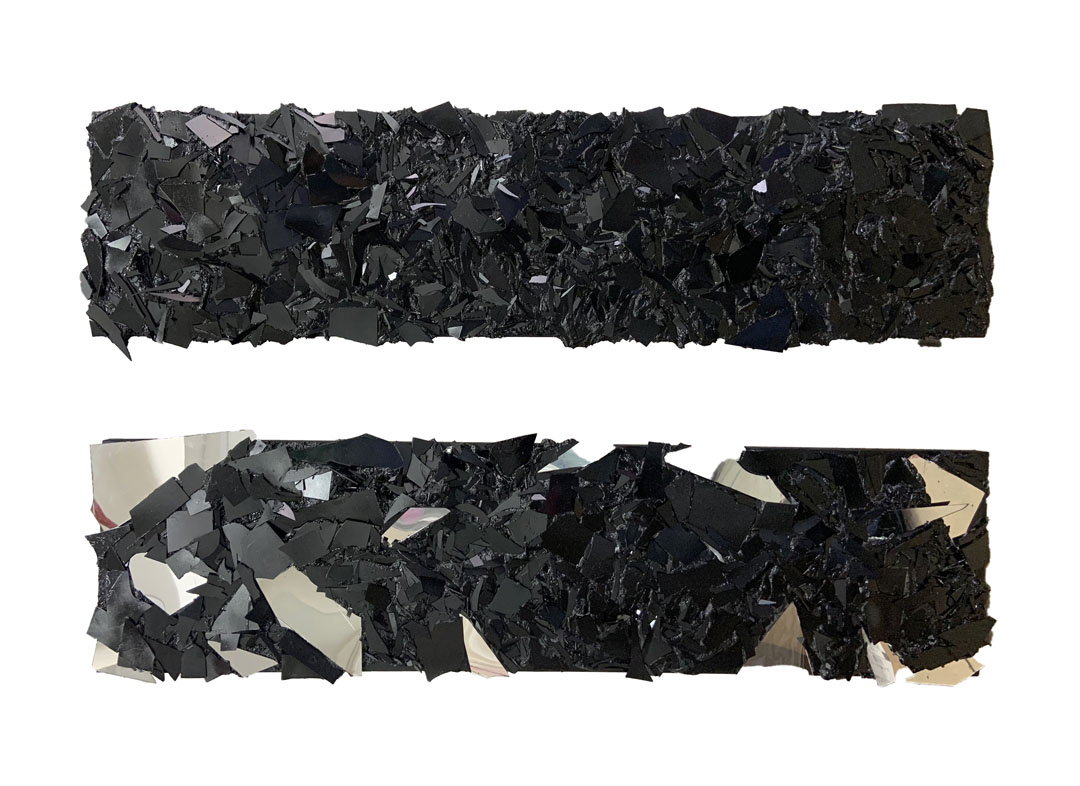 The Bed I Lie On & The Grave I Rest In

The Bed I Lie On & The Grave I Rest In